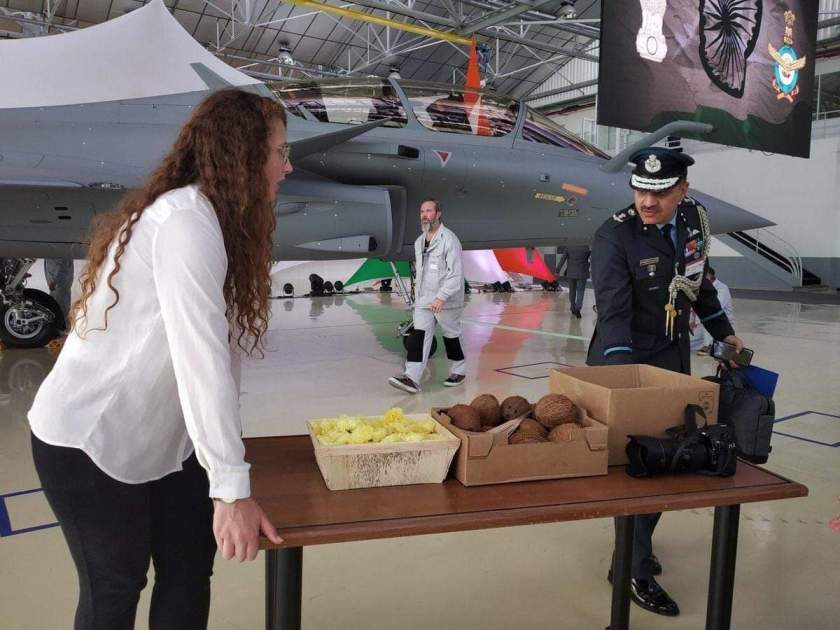 India is blessed with the most wonderful leader Shri Narendra Modiji. Despite the efforts of anti-Dharma and anti-India forces, he continues to rise and take along with him in his rise, his entire family of over 1.3 billion Indians.

Shri Modiji’s knowledge of the Srimad Bhagavad Gita and the fact that he is guided by his intellect to apply the Divine Knowledge in his life, have already shown tremendous results.
Bhagavan Krishna said:
SBG Shloka 4:07 “Whenever righteousness comes down and irreligion predominates, O descendant of Bhaaratha (Arjuna), I manifest Myself.”

We are now witnessing events which were unthinkable a few years ago. They include the incarceration of people who have been comfortably swindling the nation since a very long time, and also the rapidly increasing respect for India and Indians on the international arena.

Traditions, however silly, nonsensical or irrational they may seem, contribute towards the ethnic, regional, national and even linguistic identity and the sense of oneness of the people of a community or nation. The most developed and modern countries also follow their Abrahamic tradition of inviting a priest to utter a few words from their holy scriptures and to sprinkle ‘holy water’ at the place where they are about to commence a new project, commission a new aircraft or ship. The western tradition of breaking a bottle of champagne against new ships is one that they have inherited from the Greeks who did it to honour Gods and seek their blessings.

So why is it that pseudo-liberals, pseudo-westernised Indians, ‘Macaulayists’, and other such anti-Dharma, as well as anti-India forces, are against what has been done by the honourable Indian defence minister in Paris on Ayudha Puja day 2019?

The Indian government took delivery of the Dassault Rafale [pronounced DASS-O RA-FAAL] aircrafts in France. The day coincided with the Ayudha Puja day which was respectfully observed and celebrated by the Indian Defence Minister and his team. What was wrong about it? And what was regressive or communal about it?! 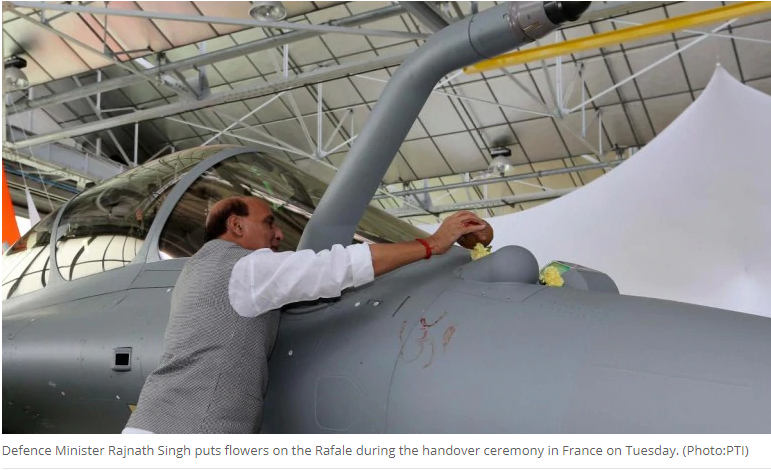 It is rather an unfortunate and ugly truth that India could be either the only one or one of the very few countries in the world, in which disrespecting the nation, its indigenous culture and traditions, and also its leaders are considered to be signs of being progressive and elite!

On the positive side, we should be thankful for the great leader Shri Modiji that we have, who sets an example for the people, particularly the young ones, with his attitude, manners, style, discipline, total self-confidence, honesty, respect for people and nature, respect for elders and women, readiness to learn and stay abreast with technological developments, by discussing Dharmic philosophy in public and not behaving like an apologetic that most Sanatana Dharmis have been trained to behave as, and above all, with his immeasurable love and respect for India as well as Indians. Indeed do people follow their leader. The honourable Indian leader Shri Narendra Damodardas Modijji, who is the greatest one after Netaji Subhash Chandra Boseji and Shri Sardar Vallabhai Patelji, is one leader that people could blindly emulate and succeed in attaining great Karmic evolution.

Life is a gift - Let's live it! View All Posts